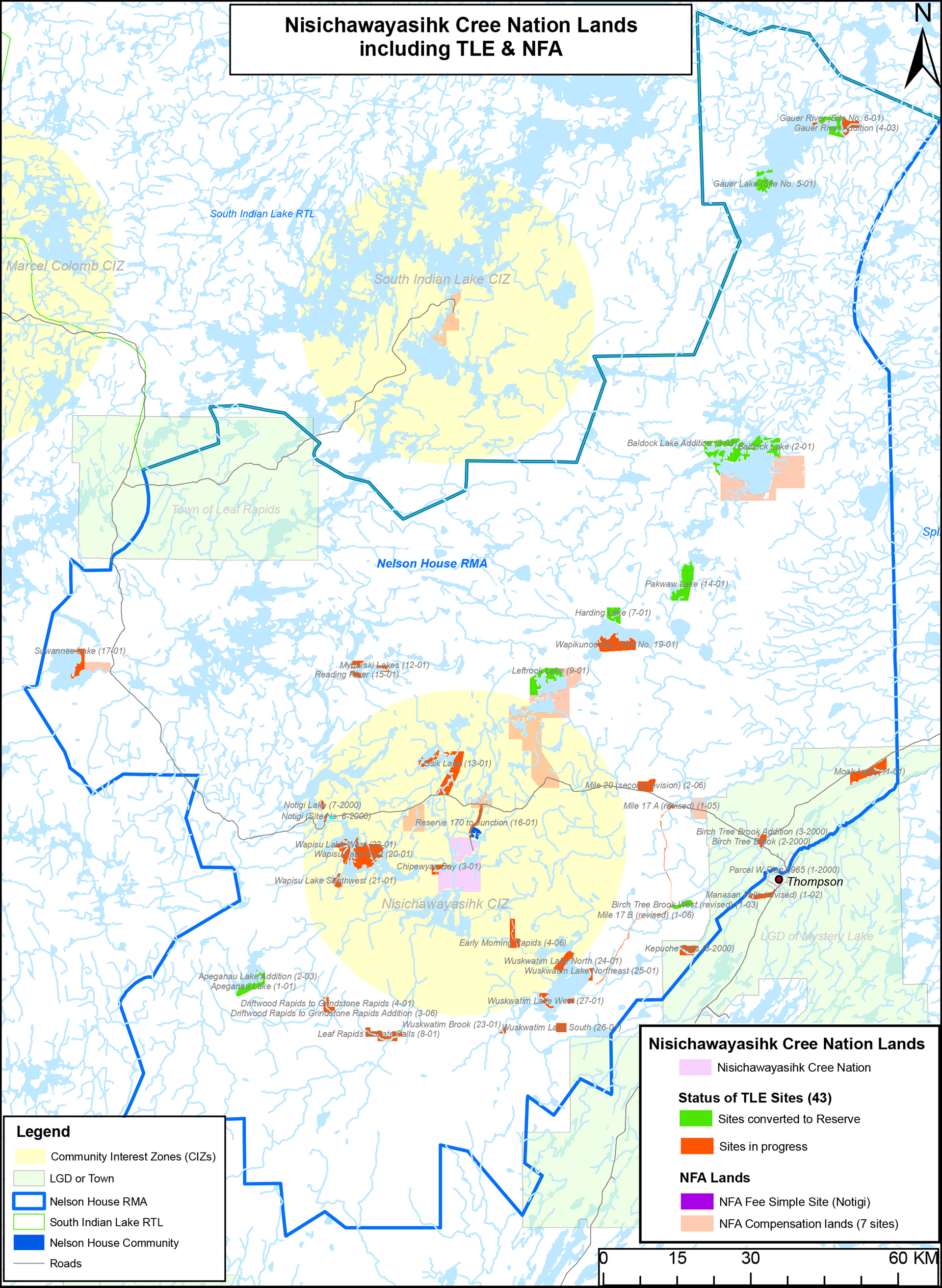 The 1997 Treaty Land Entitlement Agreement (TLE) partially fulfills the land rights provided for us in Treaty 5, and will add 324 square kilometres or about 80,000 acres to our Reserve Lands.

NCN has an active and instrumental role in how this will finally be implemented, through the selection of new reserve lands.

NCN is currently working with the City of Thompson, Province of Manitoba and Government of Canada to establish an Urban Reserve in Thompson’s central business district on land currently owned by NCN, which includes the Mystery Lake Motor Hotel.