Changing a Way of Life 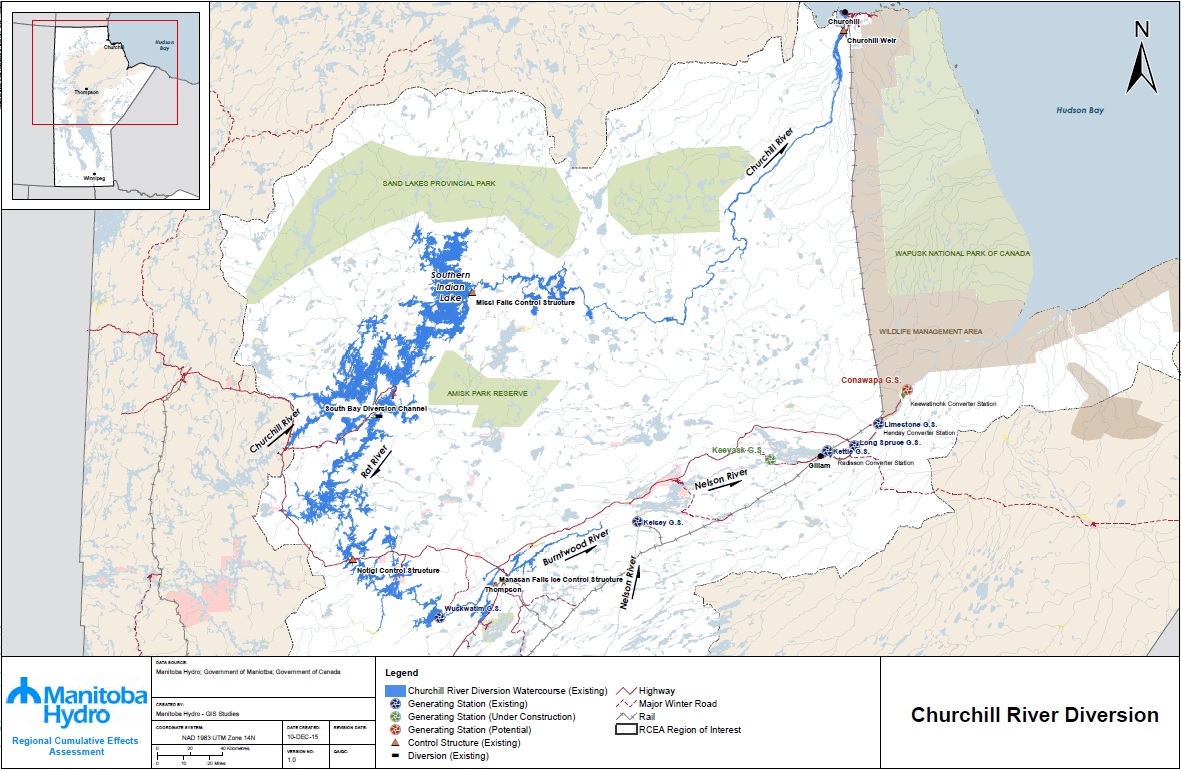 The Churchill River Diversion (CRD) was constructed in the 1970s as part of Manitoba Hydro’s massive hydroelectric development in Northern Manitoba.

The CRD caused changes to the water levels of our rivers and lakes, which resulted in flooding and disruptions to our waterways that affected our hunting, fishing, trapping and sacred sites. At that time, we could not prevent the massive CRD from going ahead and did not foresee the resulting changes to our environment and way of life.

The 1977 Northern Flood Agreement (NFA) was negotiated in an attempt to define compensation for the damage caused. But in those days, we had considerably fewer negotiating skills and resources. Governments had no duty to consult with First Nations about the use of our natural resources.

Fortunately, Cree People are strong, resilient and adaptable. We realized after 20 years of struggle for proper compensation, that we needed to look ahead and not back. So, in 1996, after hard, careful negotiations, we signed the NFA Implementation Agreement with Manitoba, Canada and Manitoba Hydro.

The 1996 NFA Implementation Agreement more clearly defined the compensation and other issues related to the Northern Flood Agreement.  The 1996 Agreement was ratified by NCN Members in a secret-ballot vote.

This agreement included millions of dollars of compensation, which allowed NCN to make a significant investment in community and economic development. It led to the establishment of the Nisichawayasihk Trust, Gilbert McDonald Arena and the purchase of the Mystery Lake Motor Hotel along with adjacent property located in the City of Thompson.  With the approval of the federal government, NCN hopes to include these properties in a planned Urban Reserve.

In addition to compensation, the 1996 Agreement also gives NCN rights over any future development in our Resource Management Area. For example, if Manitoba Hydro wants to build new projects that may affect NCN, it has to finalize compensation arrangements with us before it can build.

Article 8 also sets out the planning principles and processes to be followed in considering future development of water resources for hydroelectric development. As a result, Article 8 gives us tremendous leverage and control over the Wuskwatim project that we never had with the Churchill River Diversion (CRD).

The Canadian Constitution and other agreements also provide NCN with recognized, constitutionally protected rights and self-government.